Scrape, scrape-bloody nora it was FREEZING!!!! Brrrrr. “Whoooops!!” As I slipped on the ice. More de-icer….and GO…! Had I got completley lost the plot? I could be inside, in the warm in my pjs watching paw patrol with James and Chris. Instead I was outside on a very cold January saturday morning, scraping my car ready to go to Slimming world-again.

Don’t give up I thought. Come on, I can do this. My steroid body had other ideas-to start with the weight would just not budge. It was almost like predisonolone was saying “haha screw you you’re stuck like this!” Whatever I seemed to do, or didn’t do…..the weight just didn’t move. Eat well and healithy…don’t eat well….drink alcohol…don’t drink alcohol…whatever I tried it just didn’t go. Possibly not helped by the fact I was still on iron tablets and codeine….which made me have diorrehea and then constipation. For a while I had  break from slimming world and just decided to try and eat less in general until the steroids had tapered a bit more, been on 10mg of pred (steroid) still made it hard, and I still felt like I was carrying a lot of excess fluid.

So then I thought back to when I used to go to the gym….the gym….I trotted off to Asda and found a work out ‘tshirt’ with the slogan: ‘Don’t give up’. 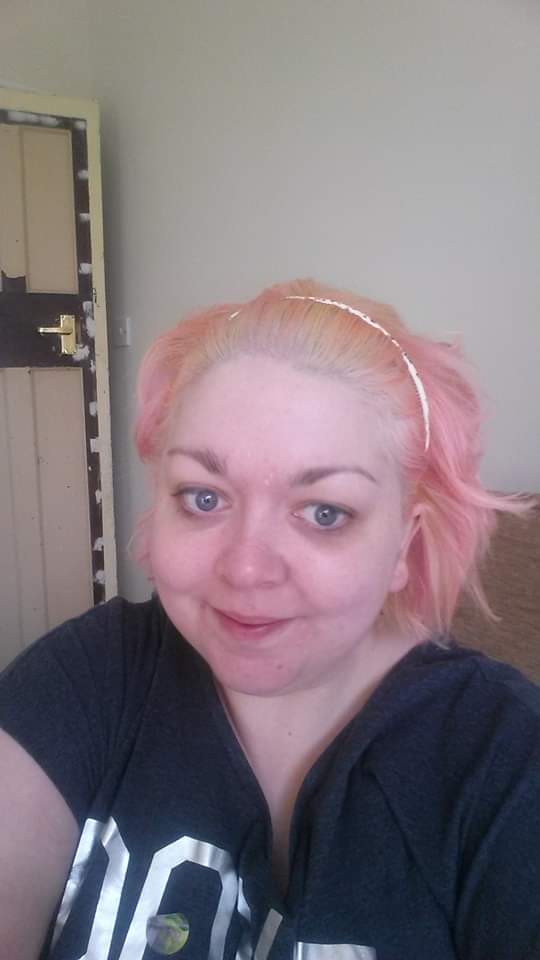 Something struck me. If I was gonna beat this thing, I had to start to look after myself. So slimming world and the gym..went hand in hand!

“So…just push?” “Yep thats it” pushhh “argh! Paul!!” As the chest press sprung back into place. “Good” he replied. It was my full induction at the end of the week…lord help us both I thought. Lol. It seemed my upper body which had not been affected by NMO had been over compensating somewhat, and I had gained strong upper body strength.

Don’t give up I thought, I can do this. There was something rather relaxing about this excercise malarky-I could switch off….or …could I.

Lovely sunny day outside I thought as I picked up speed on the treadmill. Oooh….I can turn the speed up…ok…..walking a bit faster…oooh beautiful blue sky….music on….lovely.

I looked at the swimming pool as I approached the leg press-‘one day-if I work really hard’ I thought. I had not swam for years…let alone stepped foot in a pool since I got ill….

Well I did it. I survived my first session….ish…lol. It felt good…I felt good….I knew at some point I would want to and need to get a new job, to play with James…to continue am dram…and I wanted to give myself a fighting chance of being able to stand physical activity/ies and increase my stamina in general.

It was around this time I started to listen to music more and found songs I could relate too or which inspired me.